You're not logged in! Login or Sign Up to get full-access to Blue Line Futures' exclusive research. 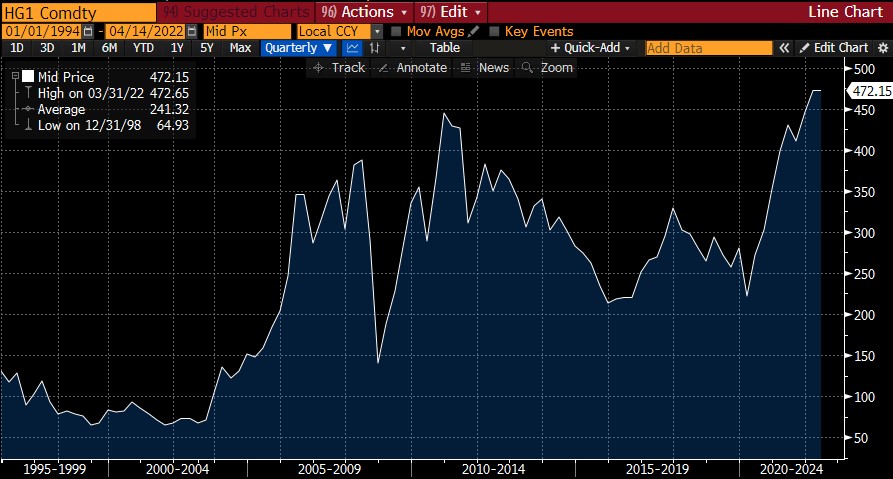 "The whole world is simply nothing more than a flow chart for capital." - Paul Tudor Jones

After a year in his seat, CIA Director William Burns gave a speech to the students of Georgia Tech University this week. In his talk, he mentioned the fading of trust in our institutions, the recent declassifying of intelligence ahead of the Russian invasion of Ukraine and the role of the CIA at large. Most importantly, though, I would like to point to Mr. Burns' commentary on China and why global power dynamics are at a very critical conjunction:
"The People's Republic of China is intent on building the capabilities to bully its neighbors, replace the United States as the preeminent power in the Indo Pacific & chip away, with other authoritarians, at the rules-based international order. As an intelligence service, we have never had to deal with an adversary with more reach in more domains."

The CIA director's speech comes at a time where the world transitions to electric, reforms its power grids and has underinvested in hydrocarbons for 6-7 years. The fact that real assets mean economic and political leverage lead the western hemisphere stuck in between a rock and a hard place.

The same message that echoes tough trade-offs is amplified by statements such as the one from Italian's PM, Mario Draghi: "Do you prefer peace or the air conditioning on?"

Last week, I mentioned how we might be set up for a lose-lose scenario on the monetary front as the economy is either going to slow by itself or the FOMC will make it slow. This week, we turn to a few commodity markets and what will drive them going forward.

In past writings, we established a view that the world is moving towards multipolarity where different nations will have various degrees of influence on allies. This is diametrically opposed to the efficiency gains and technological progress the world's enjoyed for decades and allowed us to consume goods at ever cheaper prices.

All these goods global economies run on have one thing in common: real commodities are a factor of production.

Through the lens of multipolarity, countries will define their own strategic priorities and secure reserves to foster leadership structures in their own nations. An increase in reserves and a decrease in cooperation across manufacturing lines - all amidst an attempt to weigh energy security with energy emissions - makes for a complex cocktail.

If we are right about multipolarity, then the next question is: what investment themes will benefit? For one, developing nations around the globe will increasingly turn to their own strategic interests and assess how partnerships with either side of the international order will advance their own mission. A mission of urbanization, increased prosperity and whatever it takes for local leaders to retain power. Along with urbanization in developing economies comes an attempt to commit to Net-Zero in the west while running short on critical commodities all at the same time.

Now, it will be interesting whether multipolarity will revolve around setting debt-traps or whether developing economies will be built up for two-way commerce.

In the scheme of things, if China's grand strategy is the establishment of an economic trade zone fairly independent of the U.S., it would require stability -- we shall see.

Along with global urbanization comes a step-function increase in both energy and metal demand. As people get lifted out of poverty, they consume more of everything. In order to establish some quantitative measures around what are substantial developments, let's look at a few commodities. 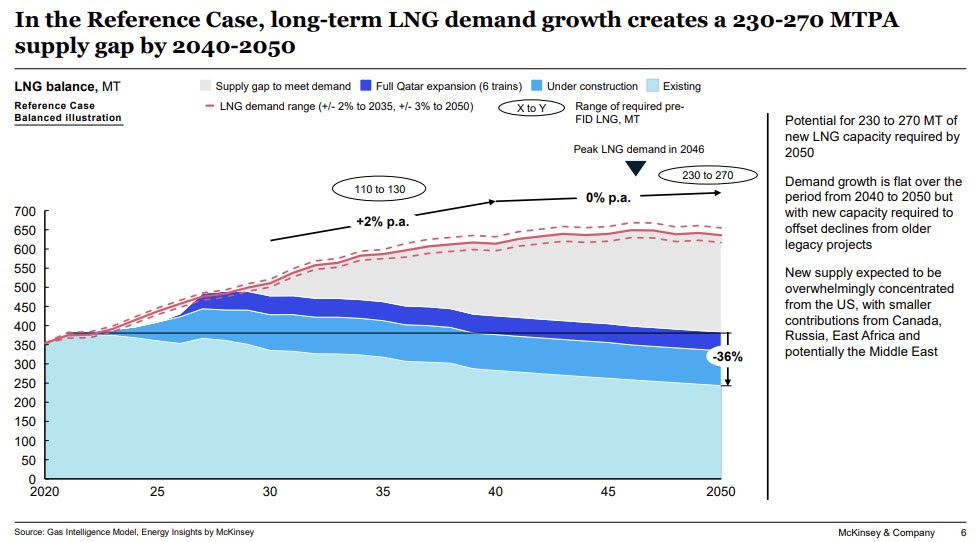 Copper is irreplacable in the energy transition and has been a proxy for China's activity for a long time. Despite 357 million Chinese in lockdown, copper is staying elevated. 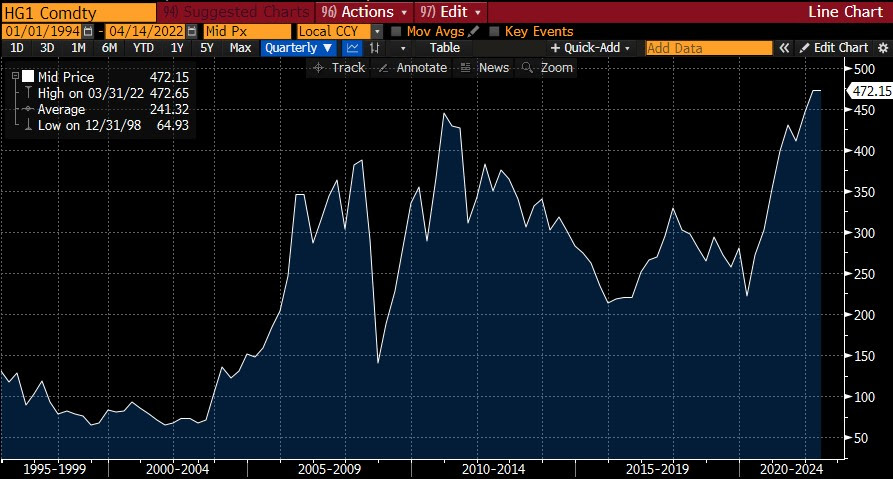 Even more so than hydrocarbons, coal has seen a massive supply-demand mismatch as emerging markets continue to see coal as the cheapest energy alternative. In fact, as we speak, Europe has also ramped up coal power plants. 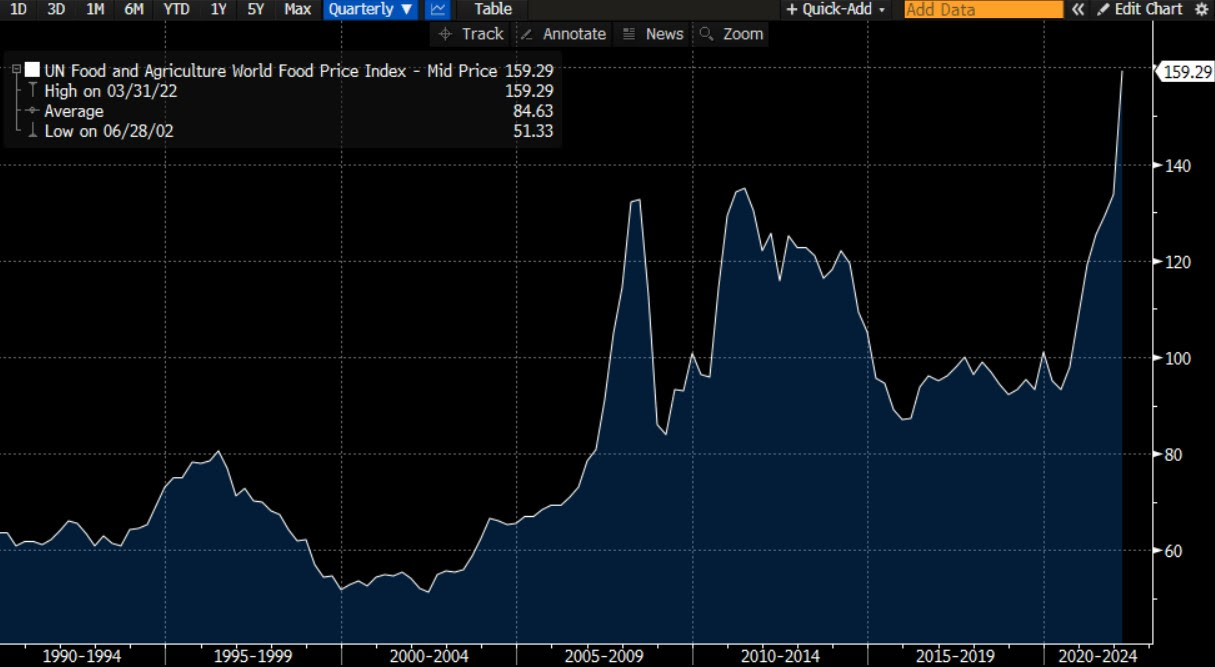 Food as a strategic asset will be key to monitor not only within the context of prices but also geostrategic partnerships to resolve and lift suffering off of those who will be short on food.

Our Blue Line Futures Trade Desk is here to talk about positioning, idea and strategy generation, assisted accounts, and more! Don't miss our daily Research with actionable ideas (Click Here To Sign Up)

Schedule a Consultation or Open your free Futures Account today by clicking on the icon above or here. Email [email protected] or call 312-278-0500 with any questions! 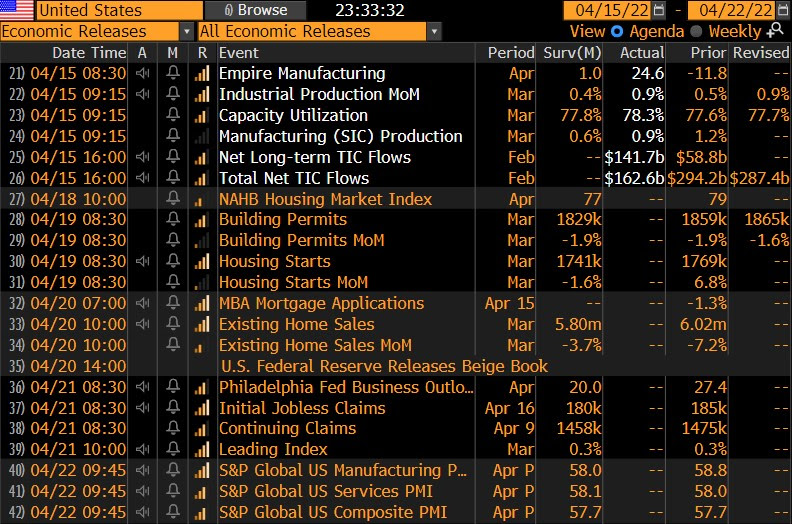 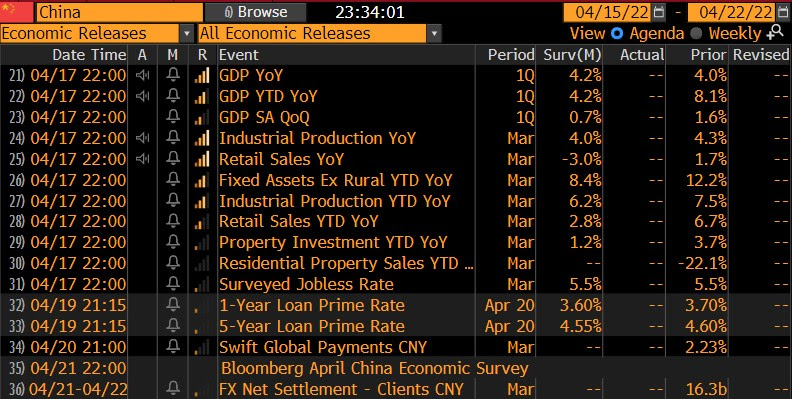 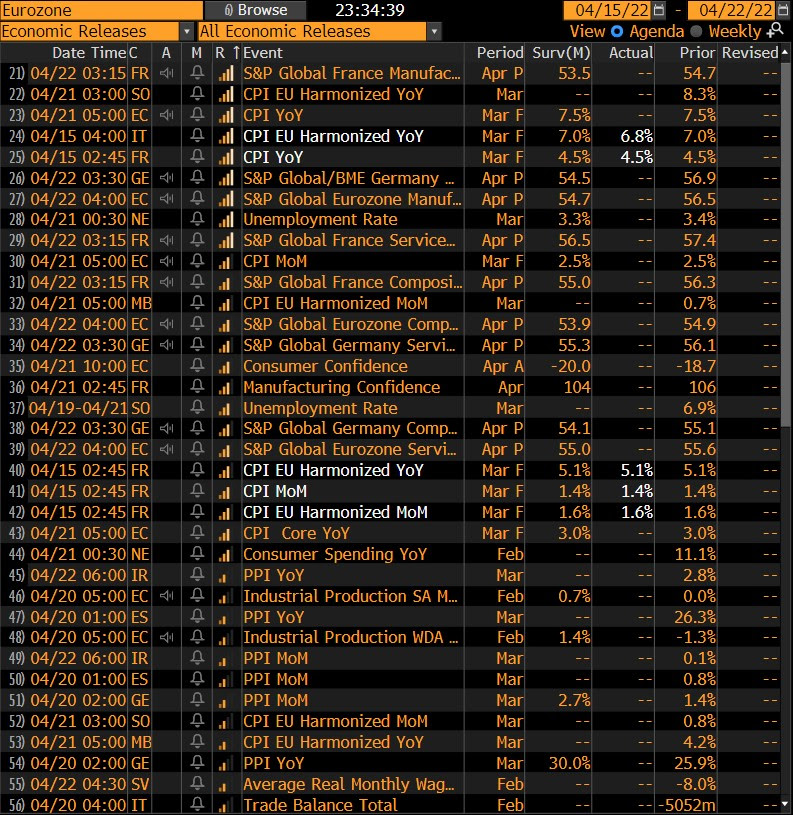 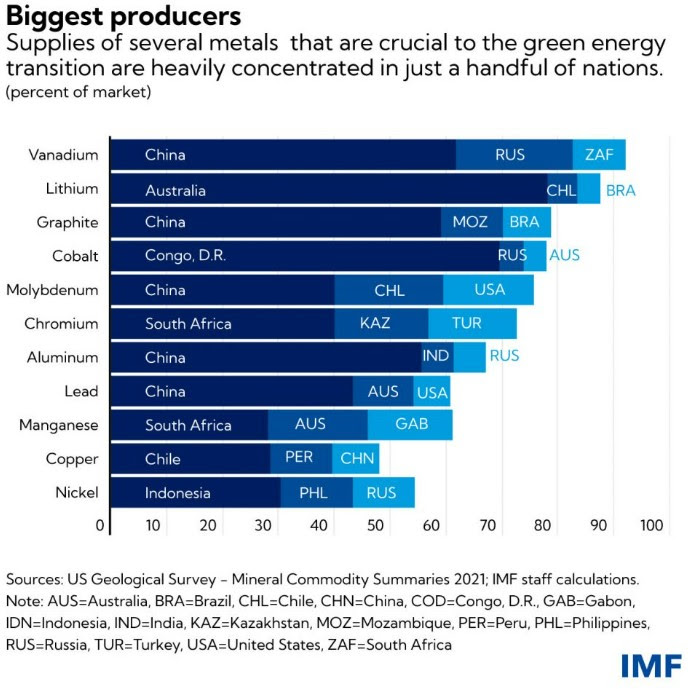 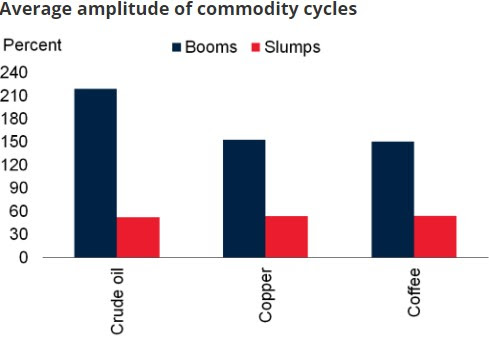 Lockheed Margin (LMT) reporting before the open on Tuesday: 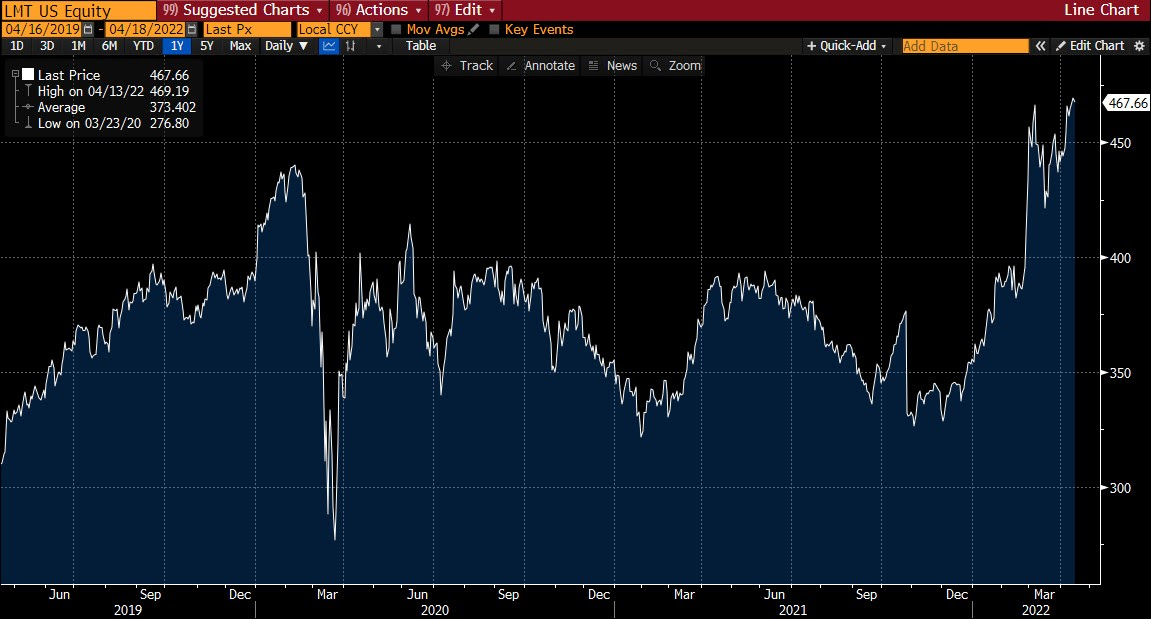 Netflix (NFLX) reporting after the close on Tuesday: 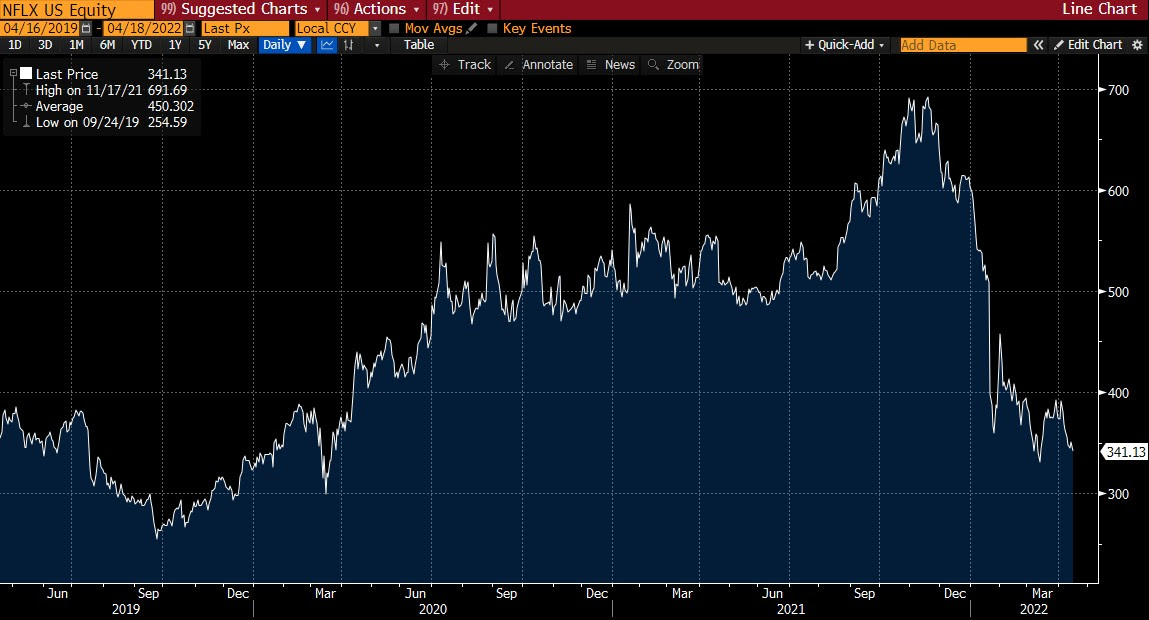 ASML Holdings (ASML) reporting before the open on Wednesday: 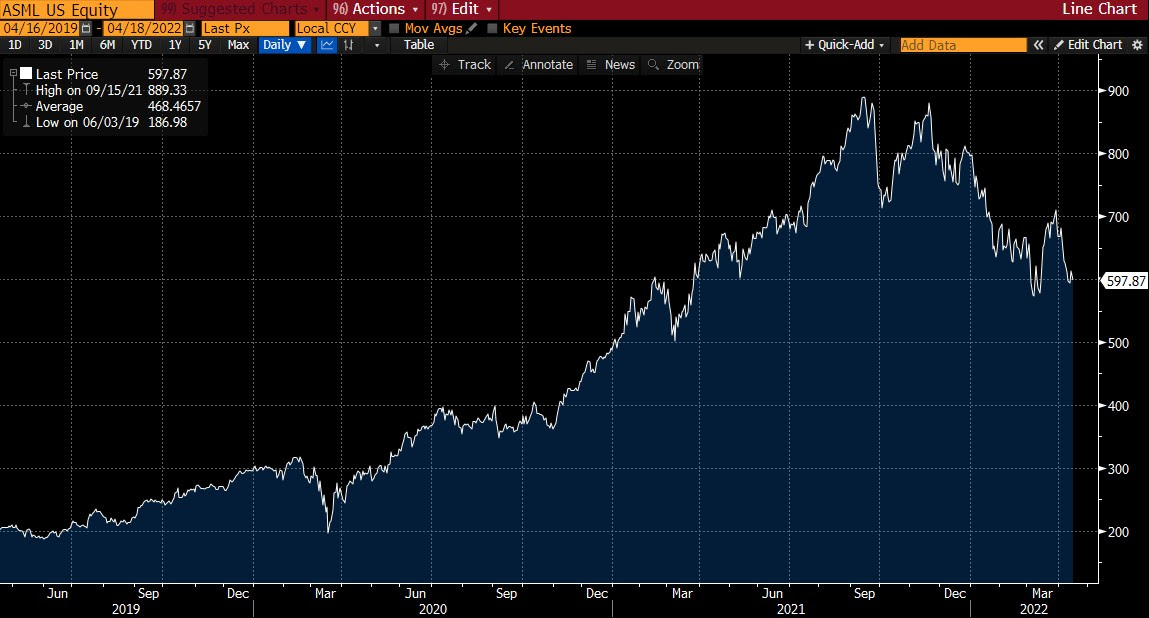 Tesla (TSLA) reporting after the close on Wednesday: 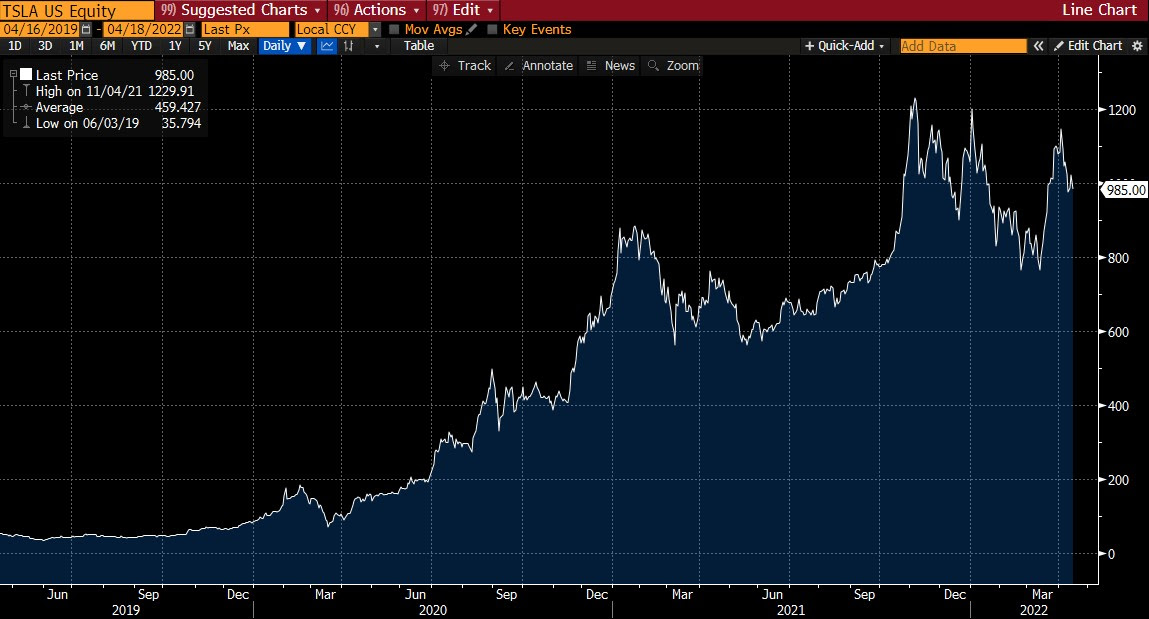