🎓 Check out our latest educational videos here !
📈 Check out our S&P and Nasdaq levels as well as probable ranges across all commodities here !
🌽 You can trade everything from the S&P 500 index and Nasdaq 100 to Crude Oil, Gold, Corn, Soybeans and more!
You're not logged in! Login or Sign Up to get full-access to Blue Line Futures' exclusive research. 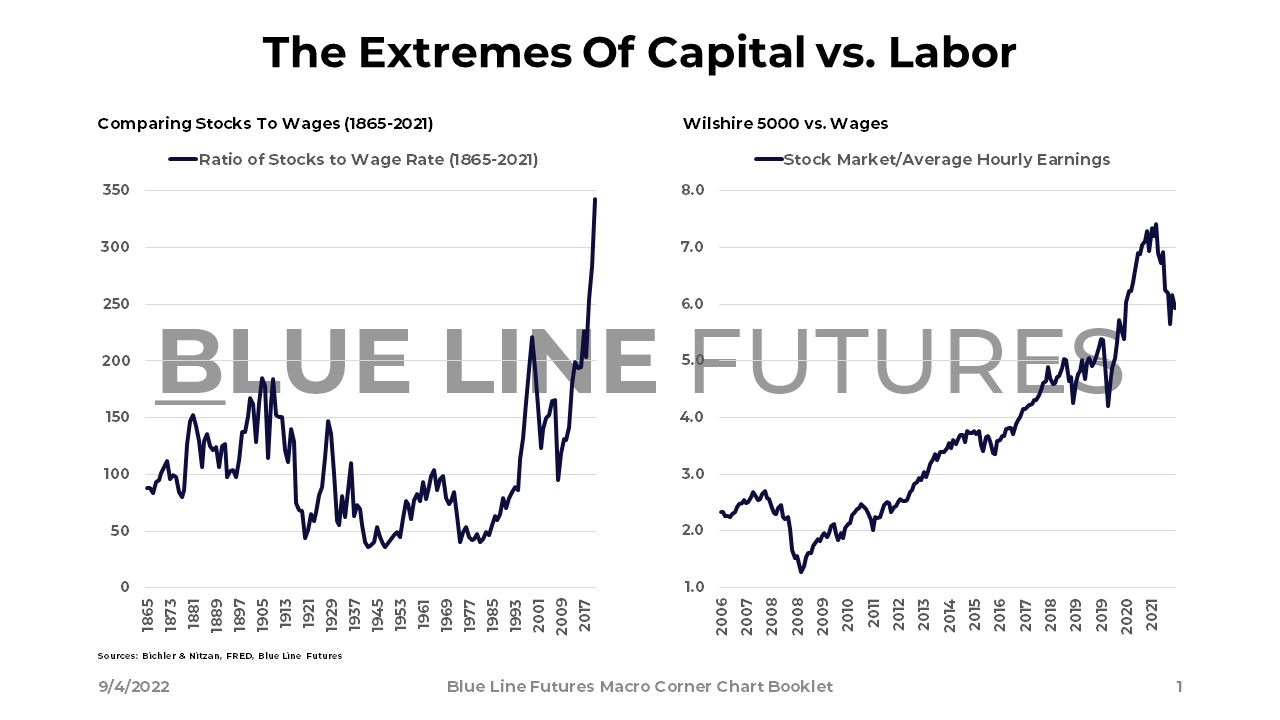 Fiscal Dominance And The Fed's Amplification Of The Business Cycle

"If I have seen further it is by standing on the shoulders of Giants."  - Isaac Newton

Access all of this week's charts used in today's writing and Macro Corner Episode 14 for tomorrow: Chart Booklet

Email [email protected] with any questions as it pertains to today's article or any Macro Corner podcast episode -- we are more than happy to discuss!

If politicians like one thing, they love to get elected and retain electoral power for as long as possible. They do that by making promises that appeal to the voting population; the greater the appeal, the more votes a politician is likely to receive. Promises made are mainly a function of two variables:

In a democracy, the most important individual(s) is the person whose preferences can skew a vote one way or another. That person is called: median voter. Whatever that person's preferences are, they are enormously relevant for each party's political candidate as shifts determine on which topics an election gets decided. For that reason, some issues become bipartisan while others are just tied to a single party. Political matters on which there is broad consensus are most likely ones that are relevant to the median voter as they are the people from whom political opponents aim to get the incremental vote.

Examples would include: energy independence (increasingly so), reshoring of semiconductor manufacturing, rethinking of industrial policy, legislation favoring labor over owners of capital etc.

Anticipating what issue becomes marginally more important to the median voter next should provide us with a framework around the "target areas" of the fiscal impulse.

As I've written about in the past, capital owners have received the majority of profits over the last few decades, which leads me to believe that labor will demand more returns going forward. That framework consists of multiple variables, including:

Decreased returns on capital will most likely lead to greater demand for automation as a substitute for expensive labor. Temporarily, the terminal rate needs to be higher for longer for two reasons: 1.) bargaining power from labor can entrench a secular wage-price spiral 2.) capital spending in areas that are structurally undersupplied requires rebuilding.

Please refer to The Structural Underpinnings of the U.S. Economy Compared to FOMC Projections for more on capital investment.

If public officials cater to voters, who demand higher wages in the face of a geopolitical trend that requires an industrial build-up while central banks try to reign in inflation, we are moving somewhat closer to fiscal dominance.

Fiscal dominance implies that government officials try to support the needs of voters, suggesting that public sector spending will increase. Recent examples include:

Demands by the population to support labor come at a time where the Fed has committed to what I referred to as the 2nd Fed Error last week. Acting in line with the business cycle rather than counter to it, therefore amplifying the extremes.

Data & Commentary
One way to show the outsized returns of capital vs. labor over the decades that followed the opening of China is a display of stock market returns vs. wages.

Comparing stocks to wages is one element feeding into the fiscal dominance thesis. 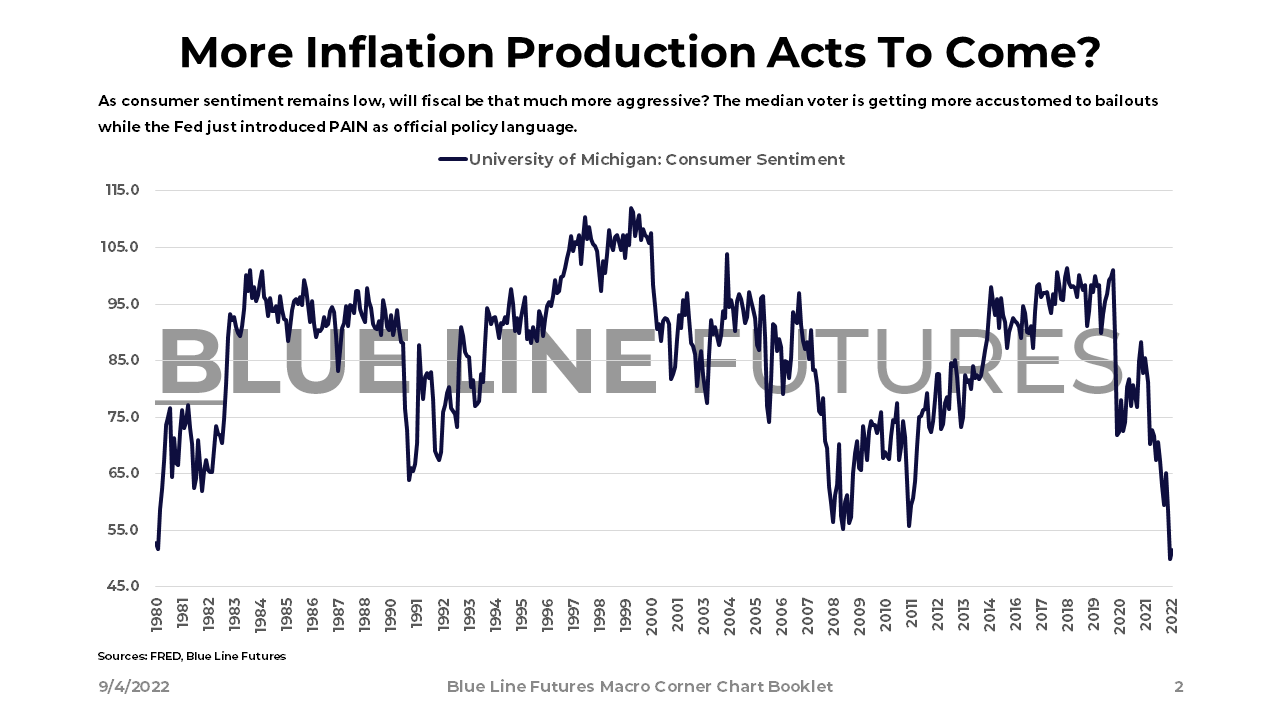 Contrary to consumer sentiment, the job market has not fallen off a cliff. In fact, it has likely been one of the best labor markets for households on record.

However, as investors we need to act on possibilities that lie ahead rather than looking in the rearview mirror. As the economy cools, it is hard to see natural conditions to stay as accommodative for labor, which again calls for fiscal support in some shape. 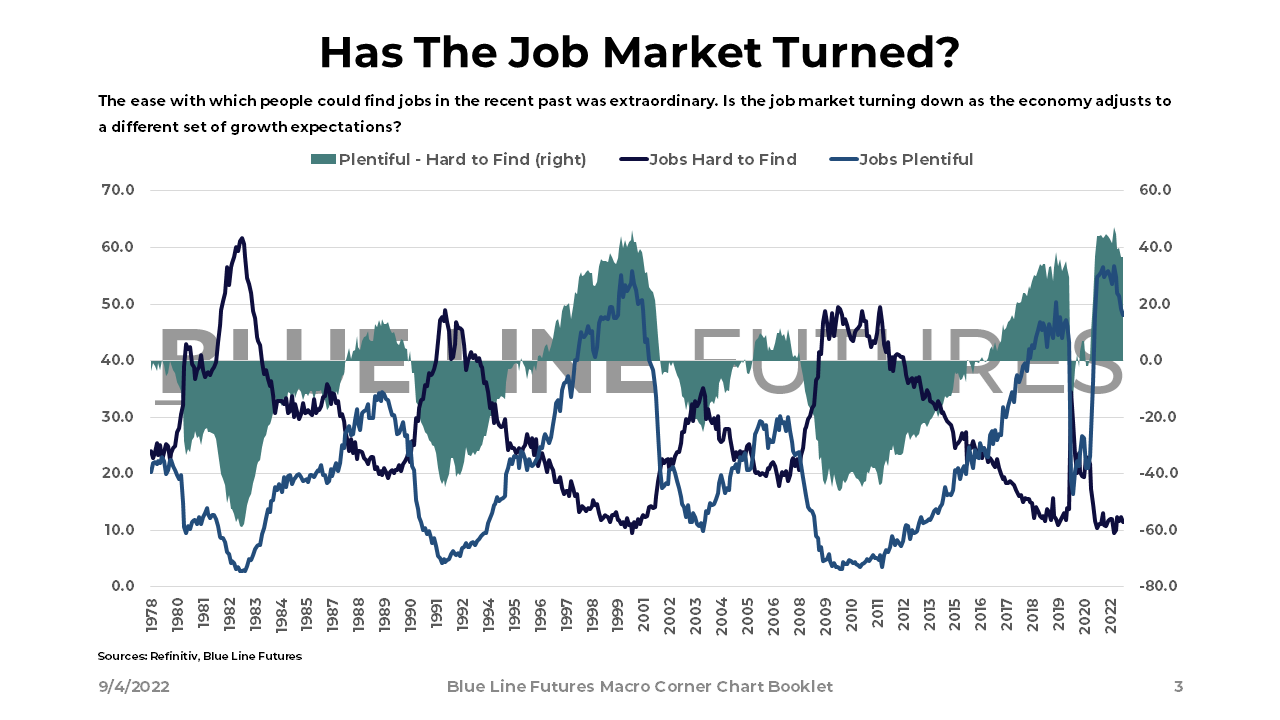 An increase of accommodation on the fiscal side comes at a time where the Fed is in the process of committing its 2nd error in what has been a very short but fast business cycle. We may be moving closer to too tight for too long (higher for longer on rates.) 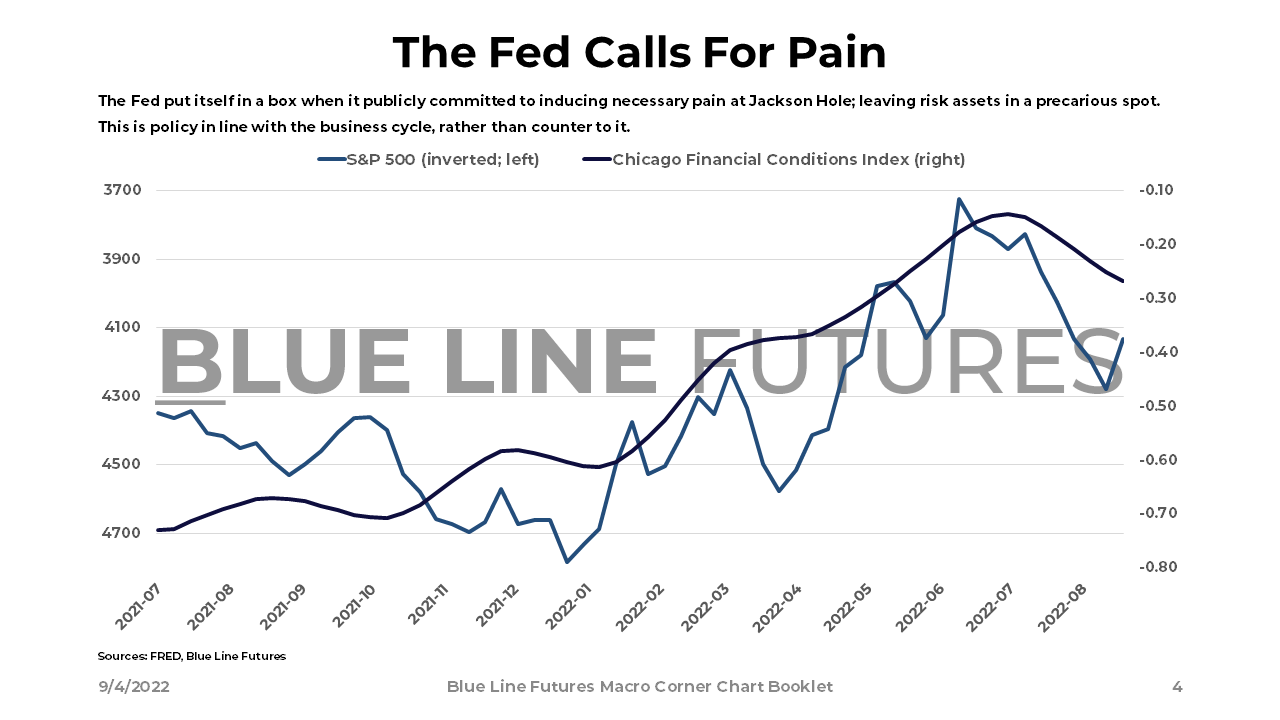 Shifts that are this fundamental to the economy do not happen within weeks or months; markets might over- or underreact at any point, but the economy at large is a machine that consists of thousands of parts with a need to readjust a good portion of these parts.

As the Fed acts in line with the business cycle while fiscal stays on a spending spree, the macro landscape will remain extremely fascinating.

Be sure to check out prior writings of Top Things to Watch: 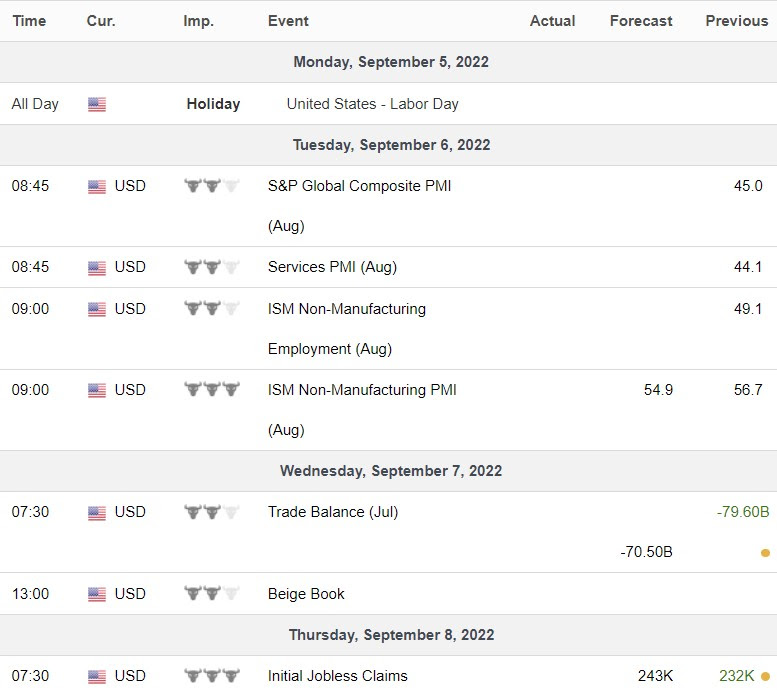 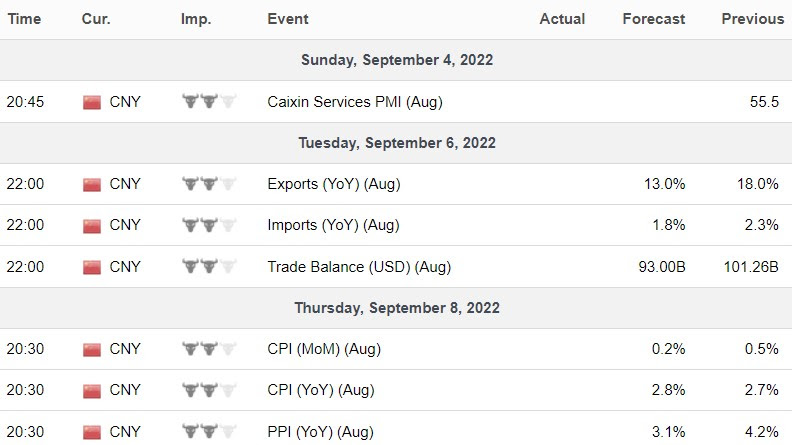 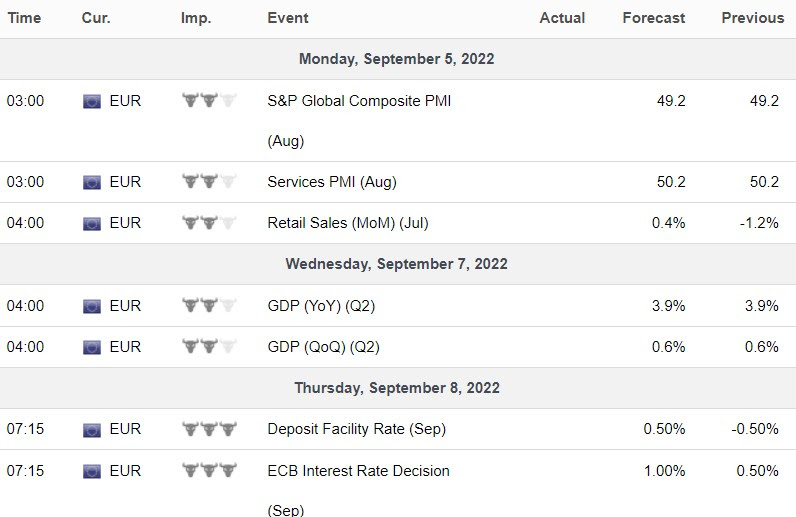 More Of The Upcoming Economic Data Points Can Be Found Here. 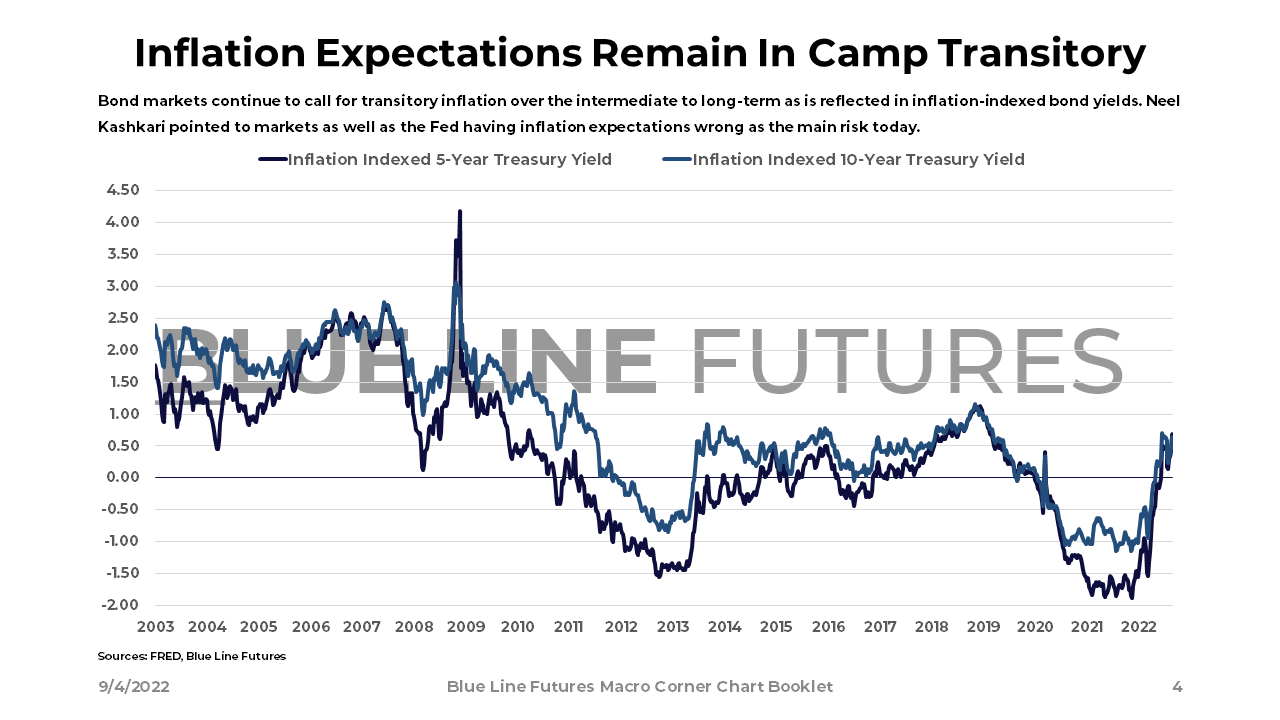 RH (RH) reporting after the close on Wednesday:

Kroger (KR) reporting before the open on Friday:

If you have questions about any of the earnings reports, our wealth management arm, Blue Line Capital, is here to discuss! Email [email protected] or call 312-837-3944 with any questions! Visit Blue Line Capital's Website